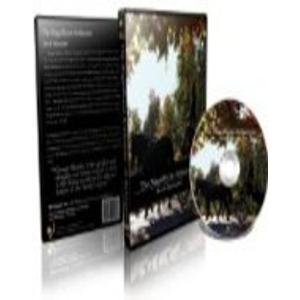 Booth Tarkington, an important but often overlooked American writer, wrote the Growth trilogy, a series of books about the fall of a great family during a time of great change after the Civil War. The Magnificent Ambersons is the second novel in this trilogy and Possibly Tarkington’s greatest work and can be enjoyed on its own. George Amberson Minafer is the grandson and heir of the magnificent Amberson fortune. The family takes pride in their high-society stature. As the world rapidly changes around them, the affluent Ambersons are content to stay just as they are. George’s refusal to look to the future results in the ultimate demise of the family’s legacy. Instead of purchasing the popular new automobile, young George stubbornly drives a horse and cart. He refuses to take action even as the family’s once regal estate is slowly surrounded by industrial buildings and apartments. Set in a fictional mid-western town during the industrial revolution, this is a story about failed opportunity in love as well as in business. Coddled by his mother, George, once the town’s bratty rich kid, is suddenly in great danger of being forgotten completely. George does have an epiphany of sorts, and realizes that his egotism may cost the very thing he loves the most- his family. The Magnificent Ambersons is a forgotten American literary gem. It won Tarkington the Pulitzer Prize and has been adapted into a film version. The novel is more than a picture of an important part of American history; its characters are honest and realistic depictions of a family in denial. The Magnificent Ambersons has rightly been considered the first great post-World War I novel. Lovingly recreated as an mp3 audio this CD contains the timeless story of The Last of the Mohicans. Now you can enjoy it again and again Version: Unabridged Language: English Reader: Solo Male Format: MP3 Audio CD Tracks / Chapters: 35 Chapters Total running time: 11:18:52Version: Unabridged
Reader: Solo Male / English
Format: MP3 Audio CD
Tracks / Chapters: 35 Chapters
Total running time: 11:18:52